Jenna and Chris have known each other since they were 16, they met in drivers ed class but they actually just started out as friends. It was a flirty friendship, glances here and there, laughing a little too hard together. There was something there but it just wasn’t the right time. That is until after college when they decided to make a go of it. Jenna had made a list of qualities she wanted in a boyfriend and as she read them to herself she realized Chris checked off all of those qualities. Chris had known early on that he liked her “I mean look at her, she’s beautiful” is what he told me when I asked him if he had a crush on her before they officially started dating. All throughout the session I could tell how much they loved each other, looking into each other’s eyes, the kisses and even when they would just hold each other. I could tell that in each other’s arms was their favorite place to be. —Jollette 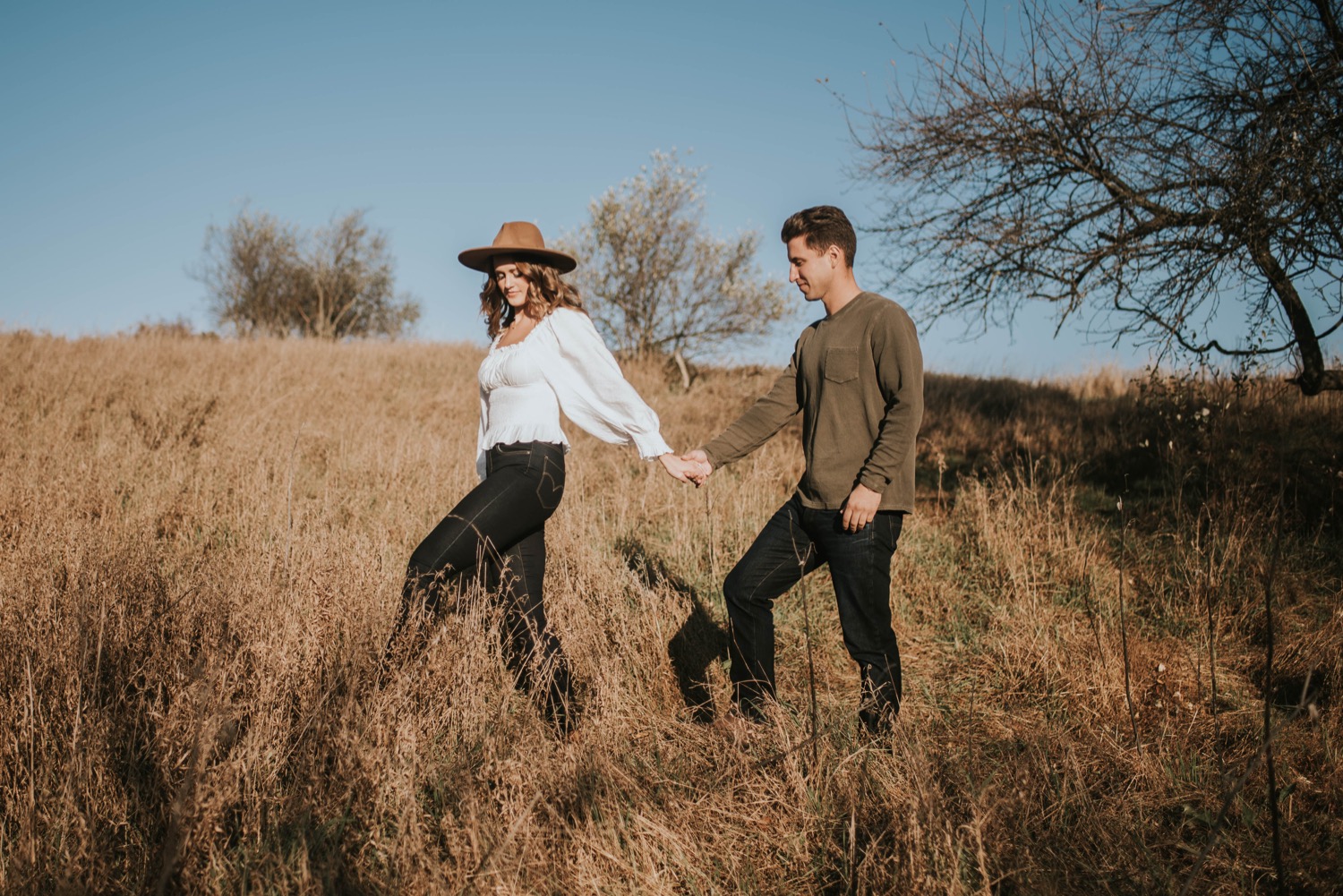 go back to the top ↑